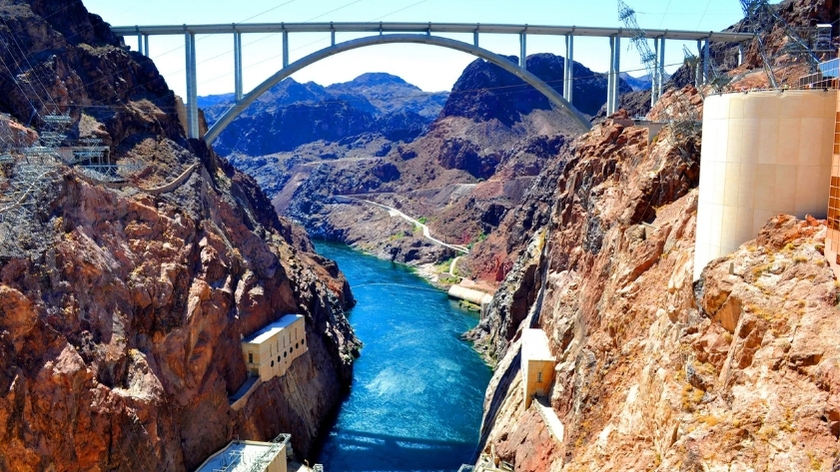 Hoover Dam, formerly called the Boulder Dam, a dam in Black Canyon on the Colorado River, is the highest concrete arch dam in the United States and one of the largest artificial lakes in the world. The dam is a major sightseeing destination with some seven million visitors a year. So Hoover Dam Tours from Vegas is a must-do for everyone visiting Las Vegas.

The dam is a humongous concrete structure built on Nevada and Arizona’s borders, controlling the Colorado River’s flow. It is responsible for creating the big scenic reservoir of Lake Mead. The best thing about the place is it is blessed with some of the spectacular sceneries of the southwest and is just 30 minutes away from Las Vegas.

The dam is named after Herbert Hoover, the U.S. president, as an ode. Its construction began during his administration (1929–33) in the 1920s, securing agreements necessary for the project to proceed. Before you go to this beautiful place, it is best to do some homework. Here, we will list some fun facts that you may or may not know. This will help you understand better. Let us get started before you start with your Hoover dam tours from Las Vegas:

There were multiple reasons for building the Hoover Dam. For one, it was constructed to control the Colorado River’s flooding as it meandered through the southwest on its way to the Gulf of California.

As the West started opening up, many people began settling over the area, increasing water demand. Initially, the dam was engineered for diverting water to places the river otherwise passed. However, providing hydroelectric power to millions of nearby residents is also one of the reasons why the dam was constructed.

The dam is about 726 feet tall and 1,244 feet long, almost a quarter of a mile. Also, the dam is a whopping 660 feet thick at its base and top. Doesn’t it sound amazing when you think of it?

Boulder Canyon was the first choice for the dam’s name when surveyors were scouting the locations for the site of the Hoover Dam. Later, they came to a conclusive decision to name it Boulder Dam. However, when the construction site was shifted to Black Canyon, the name still stuck, and people continued calling it the Boulder Dam.

So if you are wondering how it was called Hoover Dam, let us tell you that. In September 1930, construction started on a railroad line that would end at the dam site. During the groundbreaking ceremony for the line, an announcement was made that the new dam would be named after the then-president, Herbert Hoover.

Hoover Dam was constructed between the years 1931 and 1936, and those five years were full of disaster. According to the construction site list reports, as many as 96 deaths occurred due to accidents. Additionally, 42 workers were reported to have passed from some illness while the dam was under construction.

However, many historians today believe that the death could be due to the constant exposure of carbon monoxide inside the construction tunnels, which resulted in carbon monoxide poisoning. Therefore, it could be the reason for the additional death.

In November 1939, before the U.S. entered World War II, U.S. officials came to know about a Nazi plan of blowing up the Hoover Dam. So it is because destroying Hoover Dam would have had a catastrophic effect as it would have been responsible for cutting off critical electrical power to southern California’s bustling and important airplane manufacturing industry.

To fight against any further conspiracy on the dam, the U.S. authorities imposed strict restrictions on boats that had access to Black Canyon and employees employed at the dam. After the attack on Pearl Harbor in December 1941 and the U.S.’s entry into WWII, the dam was closed for all the visitors until 1945, when the war ended.

These were some of the not-so-known facts about the dam. So, the next time you are planning hoover dam tours from vegas, you can show off some of the knowledge with your friends or family.

By now, you must have realized that the Hoover Dam is one of the U.S.’s best wonders and truly an engineering marvel. Apart from being a functioning power plant, the dam is also a thriving tourist destination on top of being a functioning power plant. It is blessed with so many stunning views and fascinating insight, which is why nearly 7 million people visit the dam.

Are you planning hoover dam tours from vegas sometime soon? VegasTours is your answer. We are a family-owned business located in Henderson, Nevada, only 15 minutes from the strip. In 1985, we began selling the Grand Canyon tours in the Las Vegas Strip in the Hotel lobby that stood to the right of the Peppermill Restaurant. After the advent of the Internet, we have also been selling the Grand Canyon Tours from Vegas. We specialize in Grand Canyon Bus Tours from Vegas and the popular Grand Canyon Helicopter Tour from Vegas, which happens to be one of the best ways to see the Grand Canyon if you are running short on time. We also provide luxury Mercedes minivans, luxury SUVs, and Desert Hummer for small group and private tours. We cater to the interest of all ages and all interest groups. So hurry today and call us at 1-866-218-6877. You can also email us at reservations@vegastours.com or info@vegastours.com.