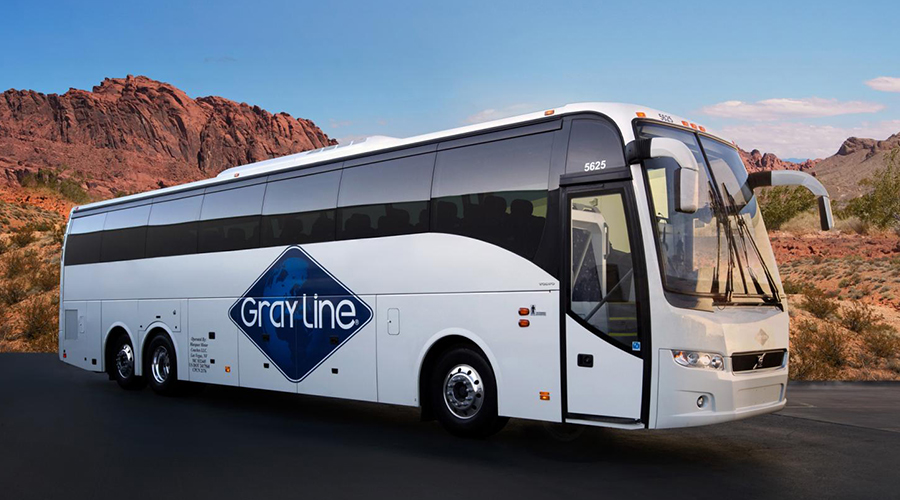 Grand Canyon Bus Tours: Here are a Few Facts You Must Know!

If you have seen the Grand Canyon only in pictures or videos, trust us, a visit to this majestic attraction is a once in a liftime experience. Ranked among the number #1 tourist attractions around the globe, the Grand Canyon draws millions of visitors from different parts of the world. However, even frequent visitors fail to gather the vast history related to the Grand Canyon.

There are several options to consider when booking a bus tour and seating may be limited. You can take a tour to the West Rim of the Grand Canyon which is closer to Las Vegas with travel time limited to approx. 3 hours each way. The South Rim National Park tours take about 4.5 hours each way, but are less expensive because it is government controled and entrance fees are far less, compared to the West Rim, which is owned by the Hualapai Indian Tribe and is private land.  Either way you choose to go keep in mind that there are no guard rails at the West Rim.

All Grand Canyon tours include park entrance fees and tax. No hidden fees.

Top 11 Facts You Must Know About the Grand Canyon

1-It is Bigger than You Can Imagine:

If we talk about the size factor, it is way bigger than what your eyes see. Take, for example, the Grand Canyon National Park. This park has a coverage of 1904 m2. On the other hand, the state of Rhode Island only covers about 1212m2 in comparison. This is an obvious example of how big and exploration-worthy this place is.

At certain points, the Grand Canyon South Rim is a mile deep while being 10 miles wide.

2-Gateway to the Unseen:

The Grand Canyon is a gateway to things that might defy logic and, at times, even scientific explanation. Nature enthusiasts, geologists, as well as scientists have been trying for years to unlock the deep secrets of this natural marvel.

Regardless of what science or technology has to say, the Grand Canyon has a cultural connection which holds a sort of magical and spiritual energy that is worth all the respect and exploration for all visitors. There are 5 native tribes that reside within the Grand Canyon and see it as a “Gateway to the After Life” or the “Place of Emergence.”

3-Experience a Plethora of Temperature Changes:

From the Grand Canyon rim going all the way to the canyons lowest point, you will surely experience a range of temperature changes by as much as 25 degrees. The inner deeper section of the gorge tends to get notoriously hot in the summer months. On the other hand, the canyon’s North Rim gets too cold and even below the freezing point in the winter months. The North Rim is closed to visitors 3 to 4 months out of the year. There is a 15 to 25 degree difference in temperature between Las Vegas and Grand Canyon South Rim.

The Grand Canyon is so vast that it has an estimated count of 1000 caves spread out all over the area. However, as of now, the exploration teams have only recorded about 335 in total, with more to be discovered with time. Of these 335 explored caves, only one is accessible to the visitors, while others are closed off. You can see many of them in the canyon walls if you’re taking a multi day white water rafting trip while in the Grand Canyon.

As per the popular Arizona Gazette and the History Channel, it was reported that archaeologists had managed to discover certain traces of some ancient Egyptian or Tibetian civilization present in a tunnel underground in the Grand Canyon.

However, the Smithsonian went on to deny the complete story and claimed that they do not know of these archaeologists. Even today, the conspiracy theorists believe that this might be some cover-up planned by the government, and there could be much more to explore and learn about the caves within.

While today we all flaunt a great smartphone with an amazing camera for photographic images, the case wasn’t the same when Grand Canyon’s tourism started booming. The local Kolb brothers, while photographing the Grand Canyon for themselves, discovered that capturing the tourists could fetch them a good income. They used to take pictures of the tourists as they departed on their mules and would sell them as they returned back from the journey. This studio ( Kolb Studio ) can still be found in the Grand Canyon Village.

7-Grand Canyon isn’t the Deepest in the World:

Although the Grand Canyon is the longest among all the canyons in the world, however, it isn’t the deepest. The average depth of this Arizona-based landmark is actually shallower than that of Cotahuasi Canyon located in Peru & the Nepal-based Kali Gandaki Gorge.

8-Be Prepared to Get Bitten by the Rock Squirrel:

You might assume that a big canyon like this would house a lot of dangerous animals that lurk in the darkness. However, the one thing you might have to worry about is the rock squirrel, which is often the cause of complaints by tourists who have been bitten by it. Even though the bighorn sheep and Gila monsters make up an important part of the Grand Canyon ecosystem, you will only be disturbed by the Rock squirrel. ( it is recommended that you do not feed them ) . Most of them can be found behind the Bright Angel Lodge. A popular stop along your tour. Keep your camera ready, as you may see deer, mountain lions, and other wildlife along the way. The California Condor is a sight to see, so keep a lookout for them in the sky.

If you want a perspective on the marvel held within the Grand Canyon, you can simply take a look at its size. If you plan to opt for a trip to the North Rim you will have to cover roughly 200 miles from one visitor center to another, which would take around 4 hours. This is how majestic this canyon is. ( There is currently no tours operating to the North Rim )

Even though there has been a range of scientific studies to determine the age of the Grand Canyon, each new discovery changes things in an amazing way. Earlier, it was believed that the canyon’s carving process was initiated by the Colorado River about 6 million years prior to the present day. However, some recent studies done by fossil experts note that this carving process might have actually started about 70 million years ago.

11-Grand Canyon is a Fossil Treasure:

Although none of the fossils found in the canyon belong to any dinosaur, the layers making up the canyons were actually formed way before the dinosaurs actually walked our earth. The walls of the canyon are home to the fossils belonging to ancient marine life. Some of these fossils date back about 1.2 billion years.

Apart from this, there are several other elements that you might want to know. For that, you will have to wait for our next blog, where we elaborate more on the interesting facts related to this beautiful canyon. Meanwhile, do start packing your bags and book a Grand Canyon bus tour to this marvelous treasure from nature.

Book your day trip to the canyon from Las Vegas with Vegas Tours and enjoy a pleasing and informative ride with us.

To know more about our services, get in touch with us at 1-866-218-6877 or write to us at reservations@vegastours.com or info@vegastours.com.