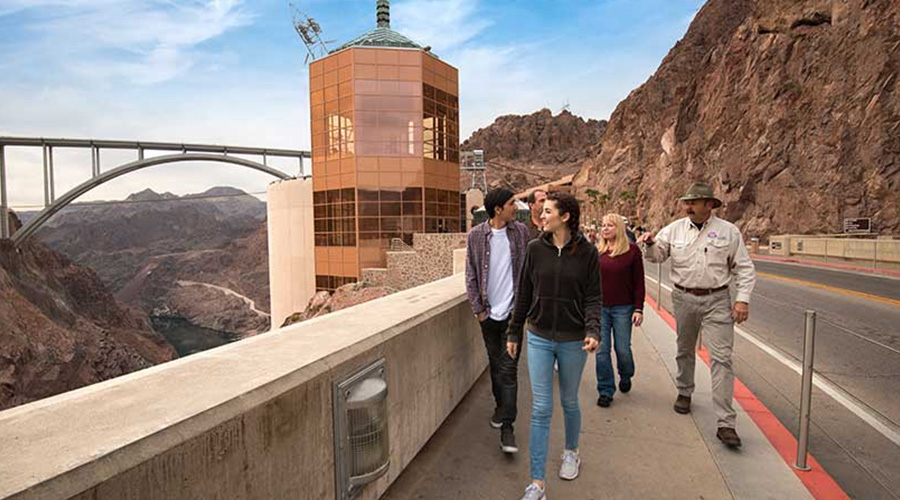 Hoover Dam, a massive structure built out of concrete on the long border that lies between Nevada and Arizona, is a sight to behold. This particular dam is designed to control the water flow coming from the River Colorado. It is also why today the Lake Mead reservoir exists, giving you access to amazing scenery.

And while we are on it, let us tell you that this majestic structure is just 30 minutes of drive time from the city of Las Vegas. Just in case you are planning a quick trip after you explore the city, do book the best Hoover Dam tour and enjoy your journey to this tourist attraction.

As you ride to your destination, check out these fun facts about the Hoover Dam to make the journey all the more interesting.

Facts about the Hoover Dam

This beautiful dam was primarily constructed for a range of purposes and not just one. For starters, it was created in an attempt to aid in flood control that happened in the River Colorado while it swerved via the southwest going all the way to the California Gulf.

Not just that, as the state side’s west area, opened up & more folks started settling down, the requirement for a reliable water resource increased. Furthermore, the Hoover dam was actually engineered in order to divert the water towards the ignored areas. Last but not the least, the dam also helped provide ample hydroelectric power to the millions of residents living nearby and continues to do so.

Well, the Hoover Dam is something that goes on and on for a long distance. Simply imagine a 4-foot wide dam that is wrapped all around the equator of the Earth. Well, that surely is a lot of bricks and concrete.

Now, this surely is thin as compared to the massive base it flaunts. However, it still acquires about 4-lane highway.

By now, we hope you are done with your packing at the Vegas hotel, and you have booked your trip to the best Hoover Dam tour. So, while you are waiting for your ride to arrive, let us explain this story to you.

4.Hoover Dam is the Reason a City was Created:

Talking about the places such as Boulder, you might be unaware of the fact that Boulder City in Nevada never existed prior to the project. Not just that, this city was created in the year 1930 just to house about 5000 employed workers to create the dam.

Boulder City got the construction permit on the federal land with no local mayor and elected officials. Additionally, the city was actually managed by the employee working for the United States Bureau of Reclamation. Now, this particular individual possessed the power for the realization of rules as seen fit. It wasn’t up until the year 1960 that the city came under official control, and the beautiful Boulder City got incorporated officially.

The Hoover Dam project came into being starting in 1931 & going till 1936. However, these 5 years weren’t minus the disasters. The reports that come in from the official listing state that there were 96 deaths that occurred due to the accidents in the Dam. Apart from that, about 42 workers reportedly died due to illnesses as the dam was being constructed.

However, some historians today believe that the carbon monoxide exposure during the construction process in the tunnels resulted in the poisoning cases leading to death cases. It is critical to know that regardless of the dark legends associated with the dam, no worker was actually buried alive there.

From all these facts, it is obviously clear that Hoover Dam ranks among the amazing wonders of America. It is truly a feat of engineering and thrives with tourists. The space offers fascinating insights and stunning views, so it sure is a must-visit for all.

Are you looking forward to an amazing trip to the Hoover Dam? Well, why not ride with Vegas Tours that take you from your Vegas hotel all the way to the Hoover Dam. Plan your trip today with us and give us a quick call at 1-866-218-6877 or write to us at info@vegastours.com for more information.